After 2 months of rapid roaming and excessive Google Translate, we decided to hunker down and “estudiar espanol”. Once the capital of Bolivia (and still the constitutional capital), Sucre is a pleasant, mild climate, mid-altitude (although we still struggled up the hills) city located in the south-central part of the country. We settled in to the genuinely delightful (although a little fascist re rules) Casa Verde hostel and with writing implements in hand, we summoned our inner students and signed up to classes at the Sucre Spanish school. 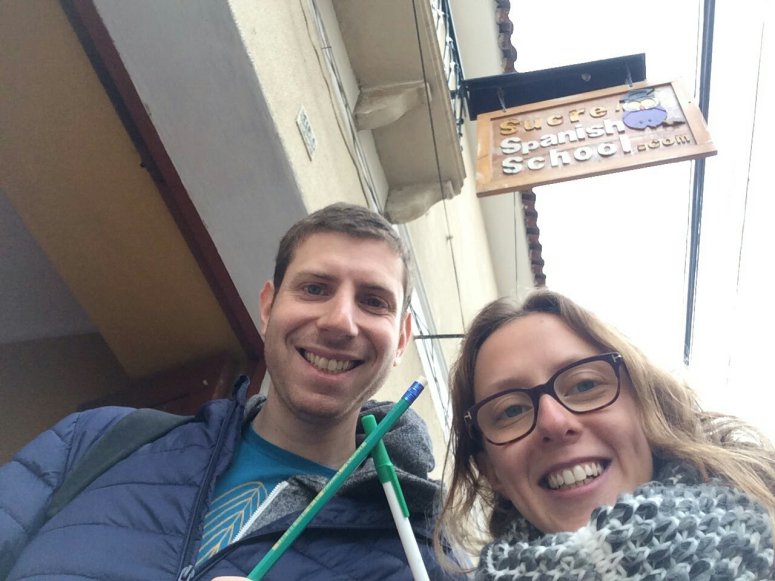 Whilst initially confused at paying to spend our evenings doing homework, it was made worth it by the vast improvements in our Spanish and the delicious 3-course £3 lunches at vege restaurant Cafe Condor. We even found time between shopping for weirdly shaped fruits at the markets, and moaning about man-flu, to make our own gluten free bread. 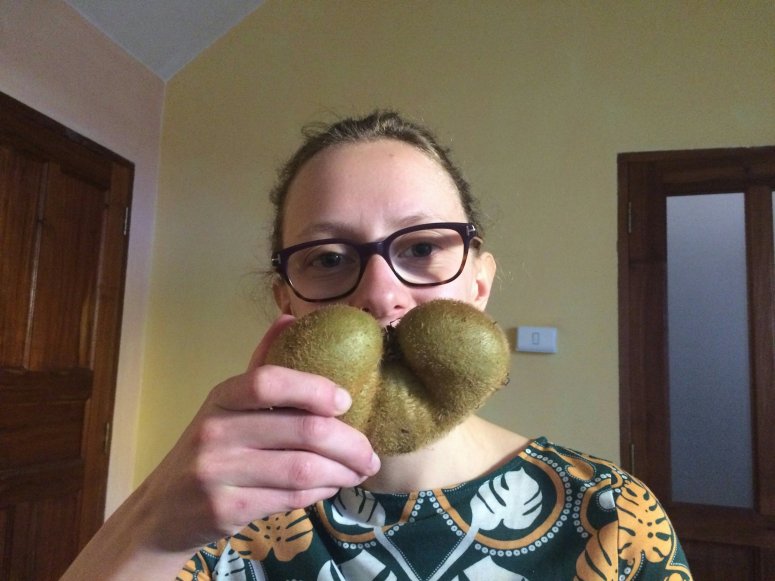 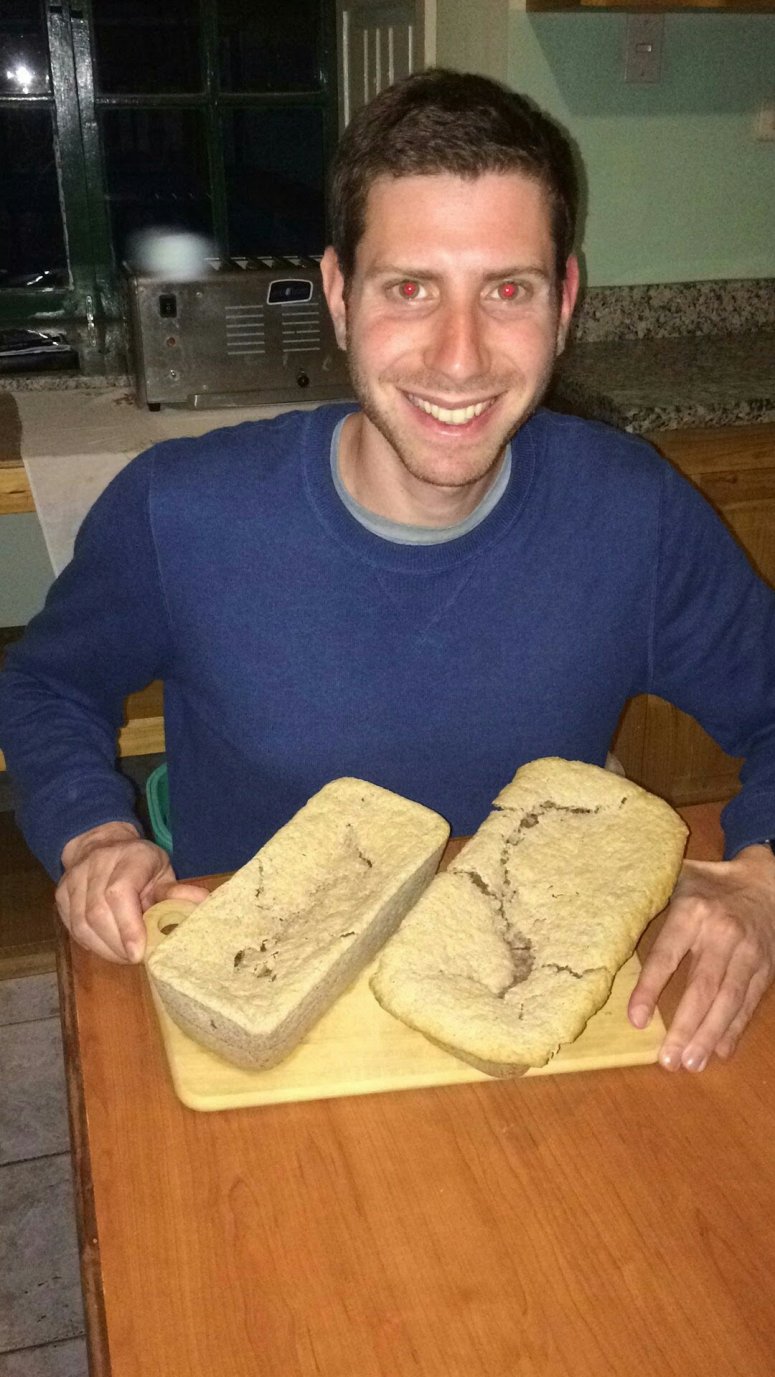 The key tourist attraction of Sucre is the Parque Cretacico aka Dinosaur Park which is home to one of the largest collections of dinosaur footprints in the world (over 5,000), as well as some impressive life size models of the dinosaurs themselves. It was fun stepping back in time (pun always intended!) however as the tours only run at lunchtime we could only view the actual footprints from afar. 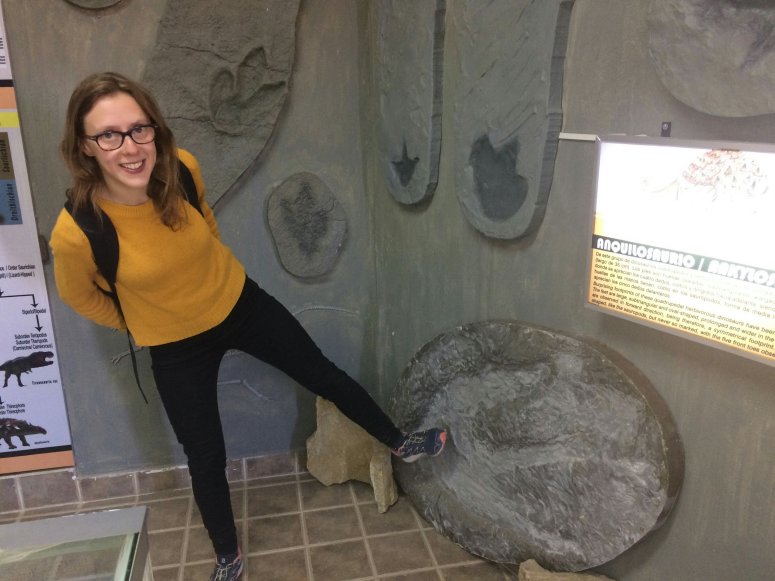 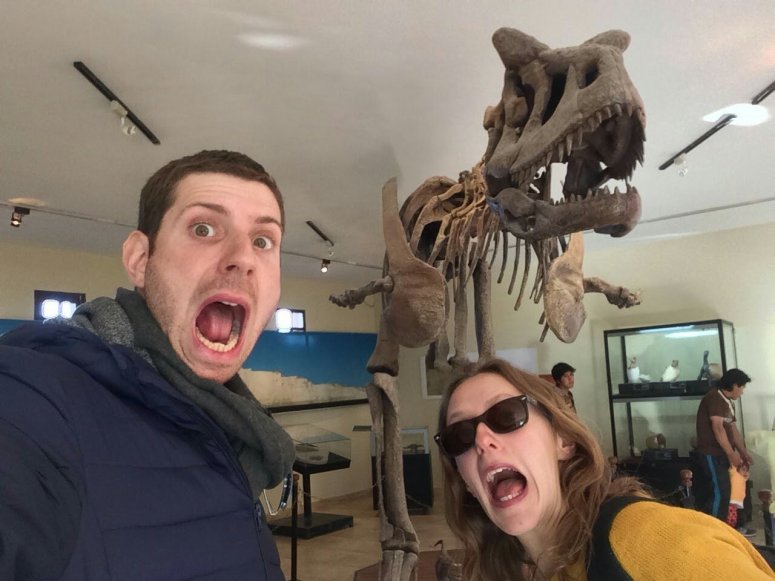 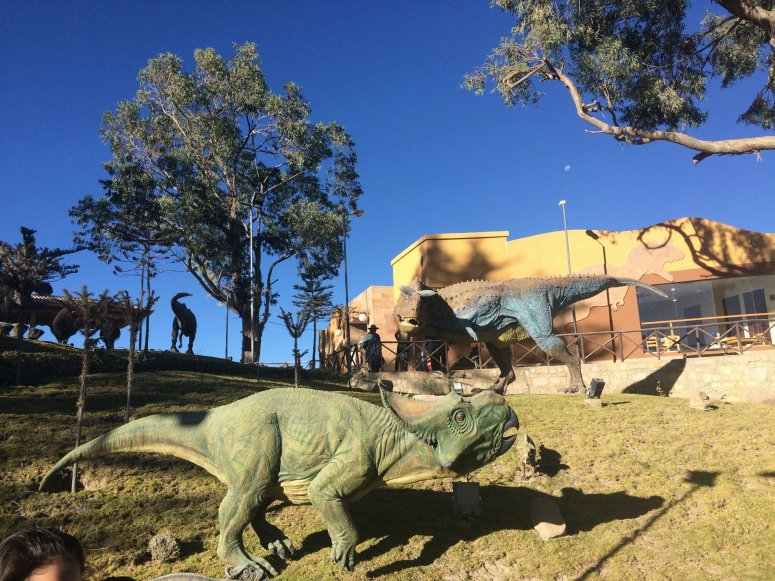 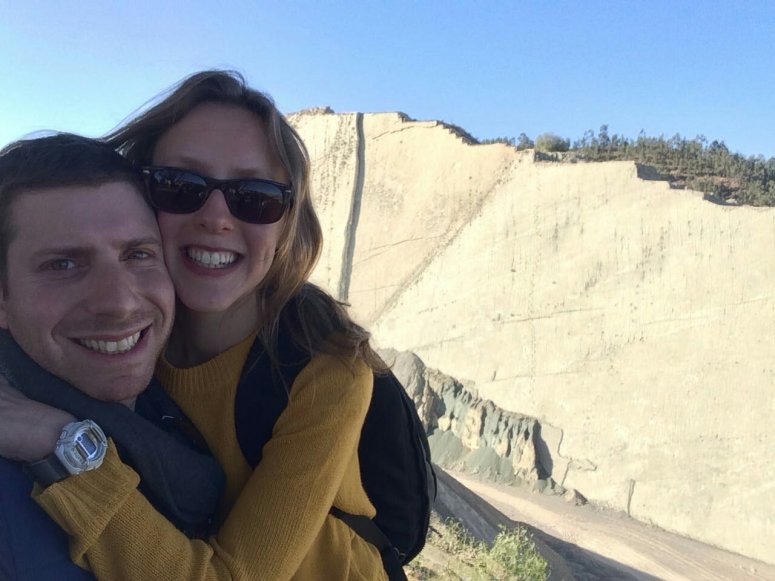 Armed with a new ability to almost communicate with locals, we took a nerve shattering flight from Sucre to La Paz which, unbeknown to an asleep Liv, eventually arrived at the 4,100m high airport after multiple attempts to land. La Paz, the highest administrative capital in the world, is a hectic, bustling, noisy, dirty, sprawling mishmash of a city which, like marmite, divides people into love it or hate it categories. For us it was more of the latter although Friday night at chabad filled with travellers, chicken shnitzels and an incredibly drunk Rabbi was great fun. The vege food at Namas Te was also amazing and they even sold jars of tahini. I think we must be the only travellers in history to travel with two bottles of olive oil and a jar of tahini! 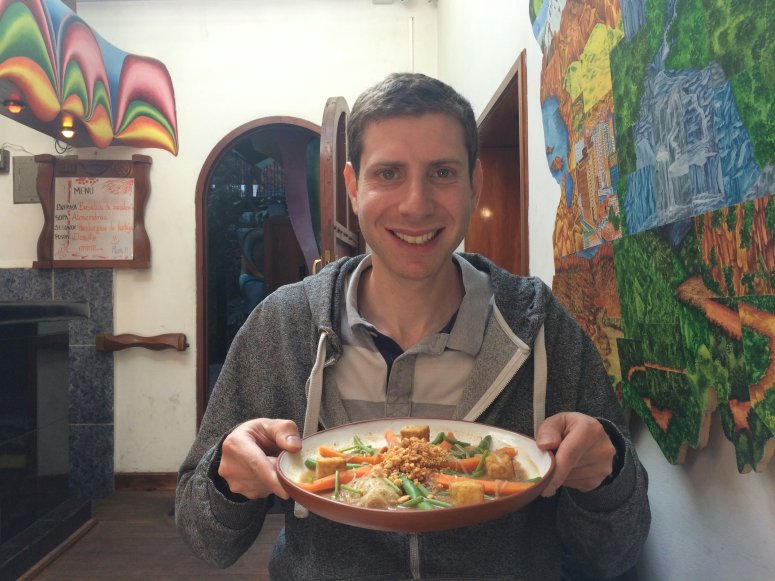 One of the stand out moments of the whole trip for me was Camino de la muerte aka…Death Road! The world’s most dangerous road gains it’s name from the ~300 people killed yearly from car accidents along this narrow winding mountain road with blind corners, overhanging rocks, waterfalls and of course a 1000m sheer drop. Thankfully, a new road was built in 2006 and since then, the old one is primarily used by crazy, thrill-seeking tourists (and us) on bikes looking to descend the 64km rocky dirt road from 4,700m high to 1,200m. Whilst we were frequently reminded that several cyclists still die each year, even I (the nervy-wobbly cyclist) felt safe in the hands of our Gravity (highly recommend this company) guide Scott from Scotland. The scenery was spectacular and my nerves quickly faded away as my confidence grew. Starting to believe that I may in fact survive the day, I even started enjoying myself and, whilst there were a couple of hairy moments, we both arrived back injury free and elated. We thought it best to wait until this point to let our parents know what we had just done! 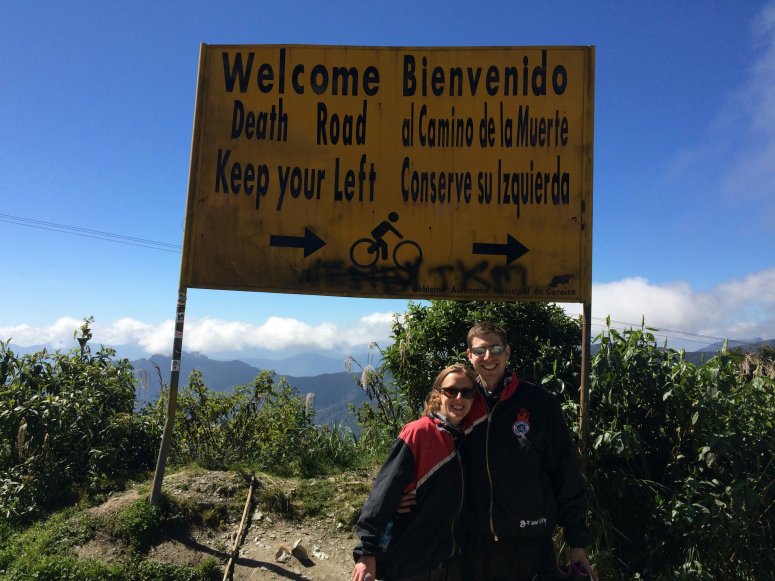 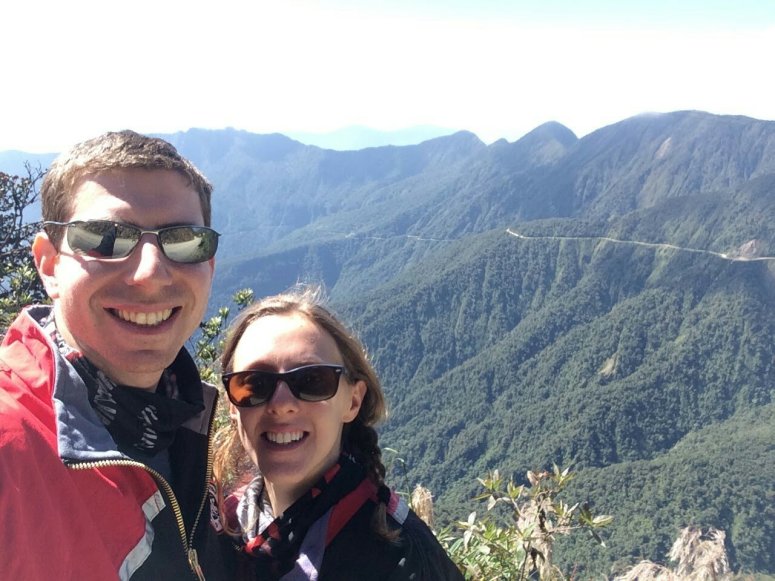 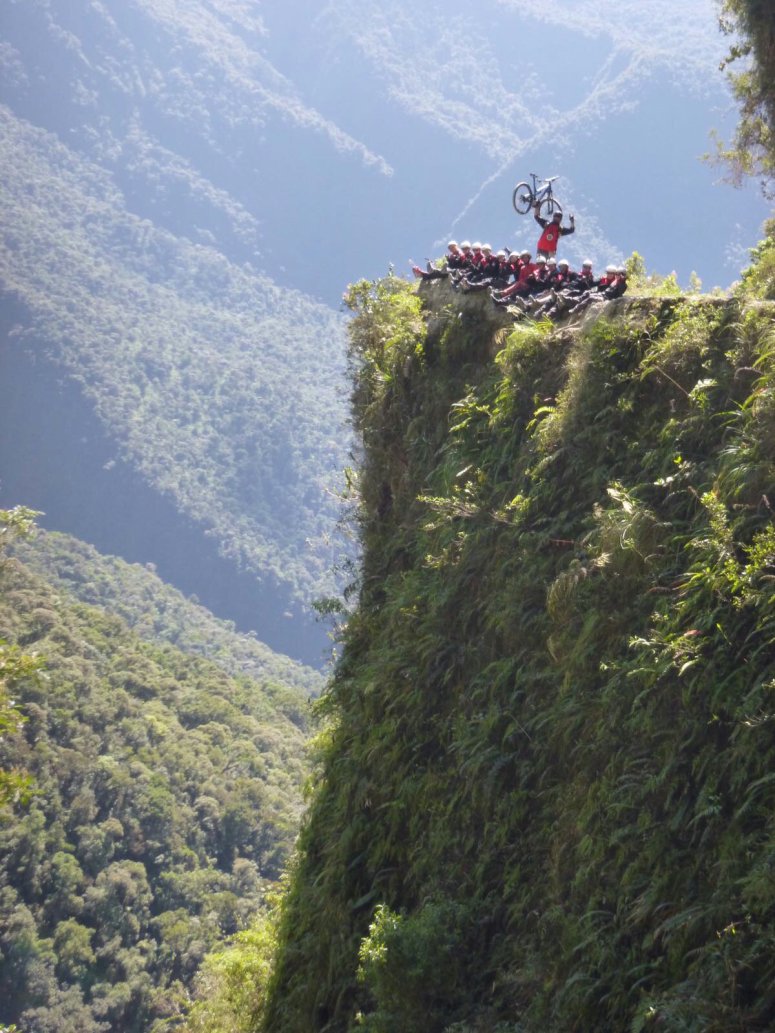 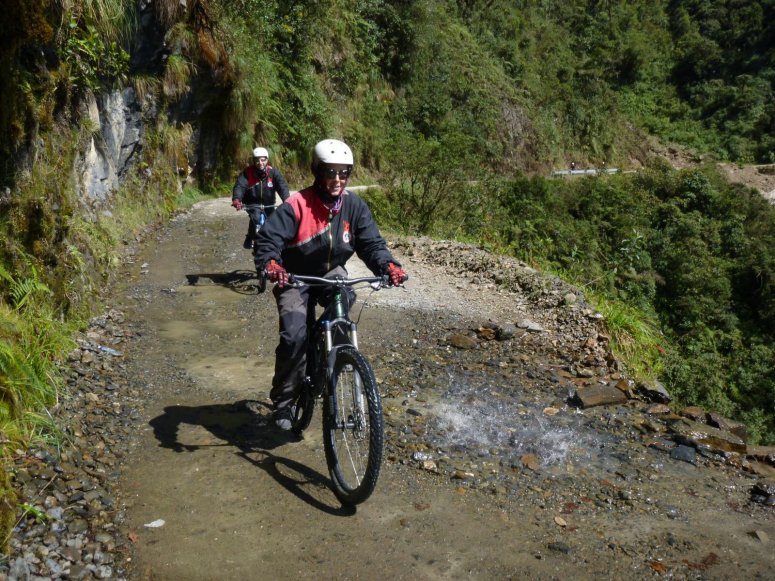 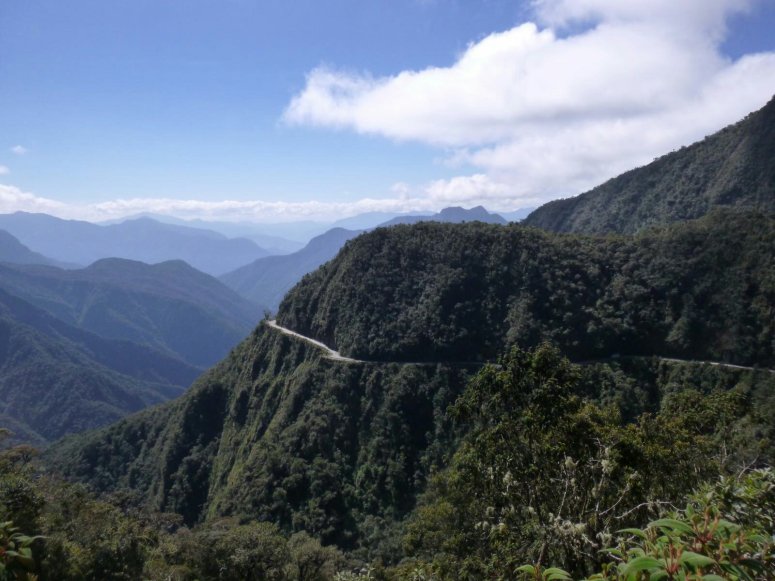 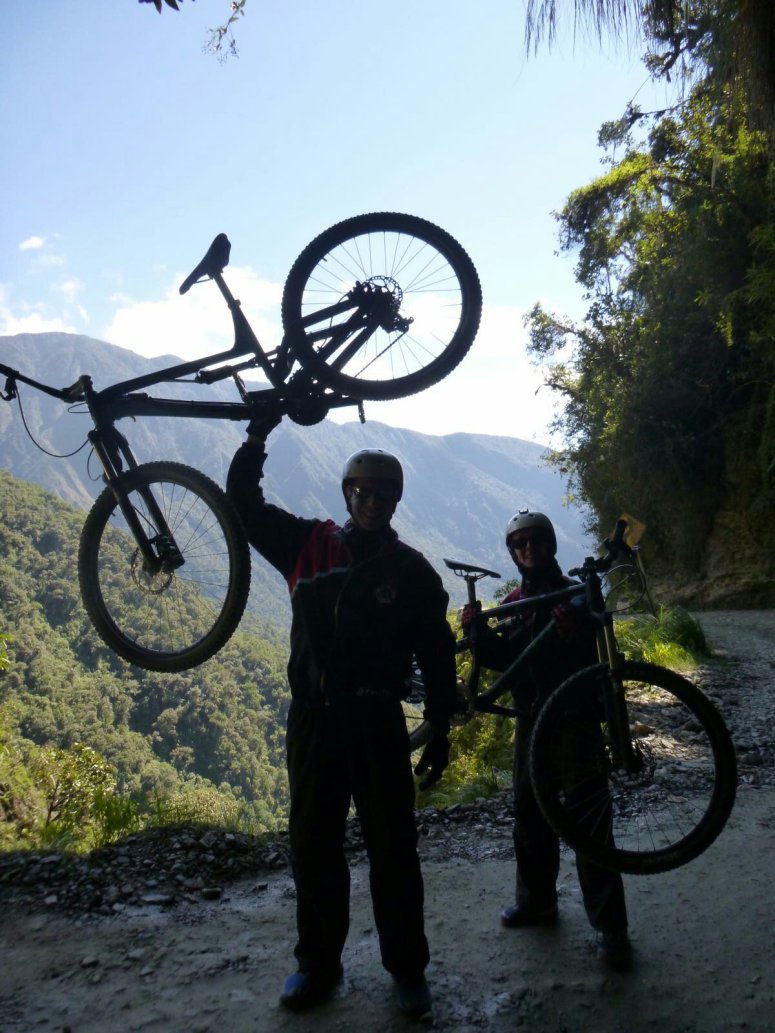 After an exhilarating adrenaline pumping day, we thought we’d take it easy and unwind with… a series of 50mph zip wires several hundred meters above the jungle floor. The views were incredible and, after reaching terminal velocity, the ride was strangely serine. Vast coca plantations swept across the mountainous terrain and the cool air refreshed our tired faces. 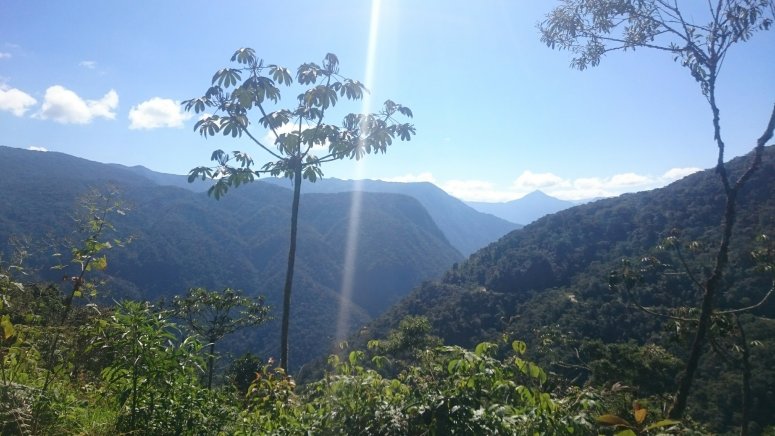 With our feet firmly back on the ground, we joined a walking tour of La Paz from San Pedro prison which operates like an enclosed community where convicts pay rent for cells, live with their families and run businesses. The most notable of these were the prison tours (historically one of the top attractions on lonely planet) and the finest cocaine production in South America…hmm, I wonder if they could be related?!

From inmates to insanes, the Witches Market was seriously weird. Dried llama foetuses for use in rituals, sweets made with poisonous glues and “love potions”. The stories that accompanied them were even creepier, with tales of homeless people being buried alive as offerings to Pachamama (Mother Nature) to protect their buildings. 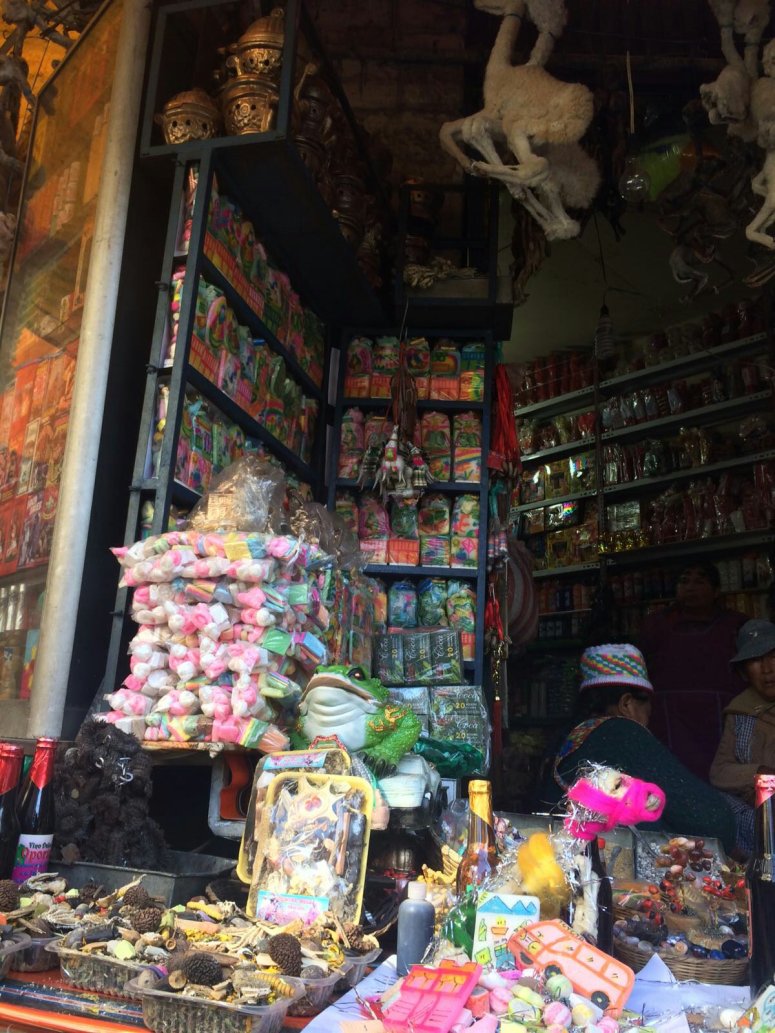 Weird did eventually turn to wonderful when hearing about traditional Bolivian courting practices (the age old tale of men throwing stones and women revealing their calves if they’re interested) and explanations for the unique female dress code; an over order of bowler hats that were accidentally too small for the men’s heads. My personal favourite story was that one of the many protests in La Paz was actually due to The Simpsons being taken off air, and resulted in it being shown 3 times a day. 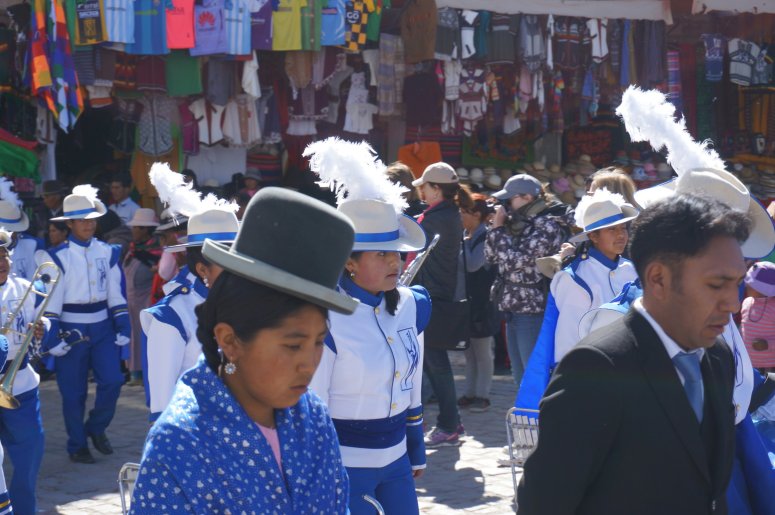 To celebrate the independence of La Paz, the whole city was having a party and the streets were crammed full with marching bands, parades and a lot of drinking. Thankfully being about a foot taller than all the locals meant getting a good view wasn’t much of a challenge. 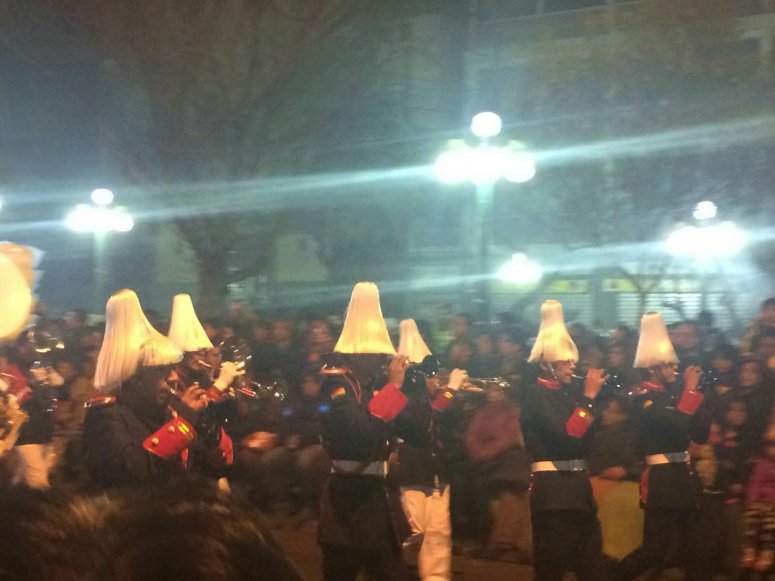 After a hectic few days, we opted for simplicity and boarded a Bolivia/Peru Hop bus tour headed to Copacabana (the beach in Brazil is named after this town) which lies on the banks of Lake Titicaca; the worlds highest navigable lake. Las Olas hotel was truly spectacular, from a gigantic round bed to a wood burning fire, not to mention the incredible sunset views over the lake. 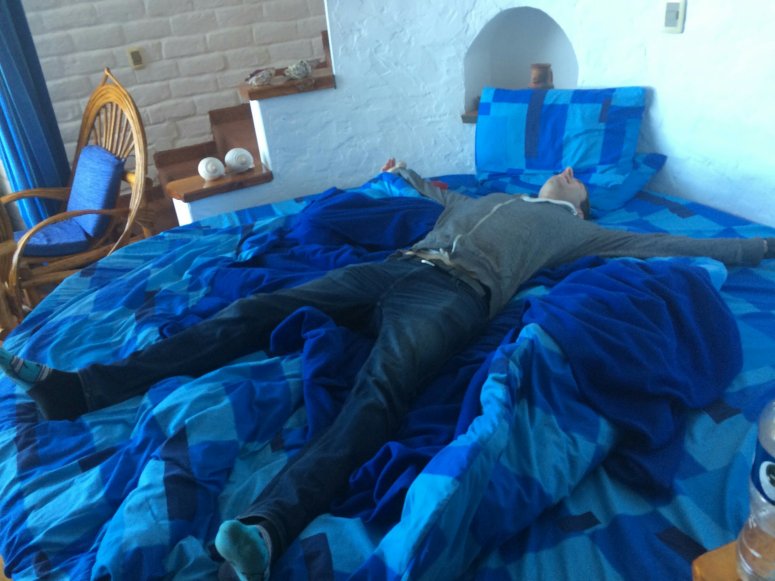 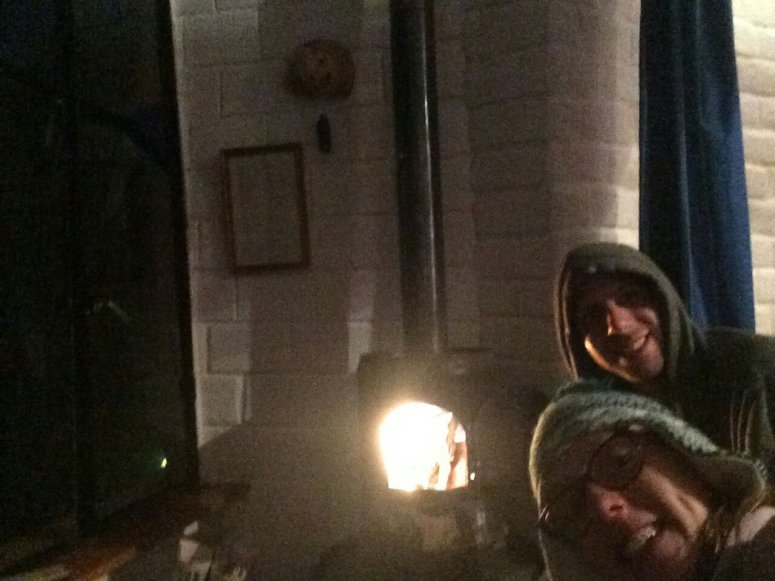 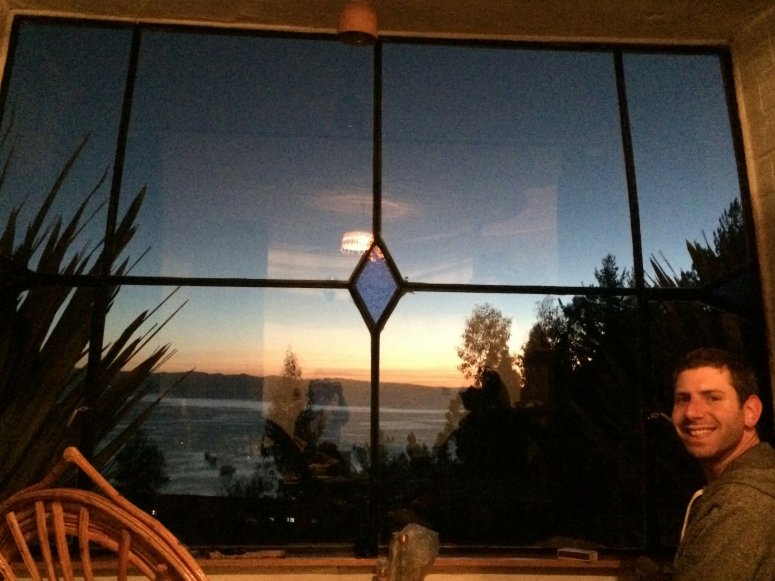 Feeling refreshed, we said goodbye to B-Olivia and crossed into Peru only to discover that chaos awaited us. More on that next time…