On crossing into Peru we discovered that, much like in Bolivia, protests are an extremely popular pastime. After learning of impending road blockades, we decided to skip Puno, pull an all-nighter and head directly to Cusco, the heart (or rather the belly-button to Liv’s disgust) of the 2,500 mile long Inca empire. In Incan mythology the three levels of existence are represented by animals: the snake for the underworld, the puma for the world of man and the condor which soars up into the world of the gods. Attempting to ignore our lack of sleep, we joined a free walking tour and roamed the streets of the puma shaped city.

From giant multi-faceted polished Inca stone foundations, to Spanish invasion, revolution and Peruvian independence, our sleep deprived brains were overwhelmed with the flood of insightful information. 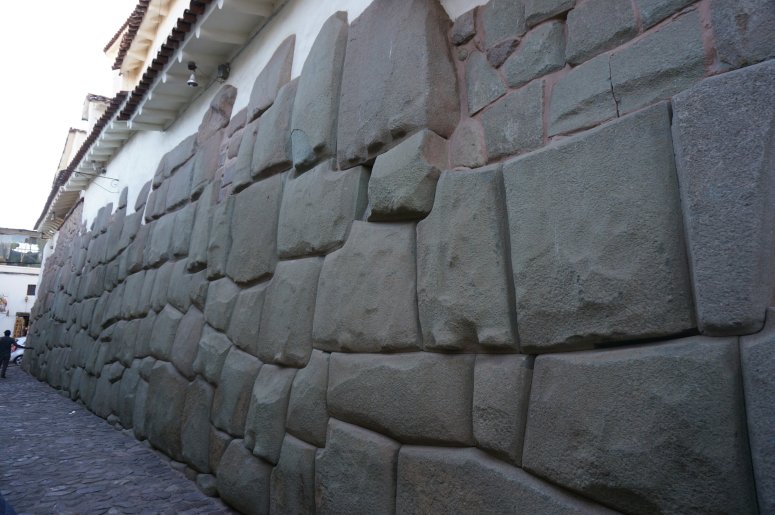 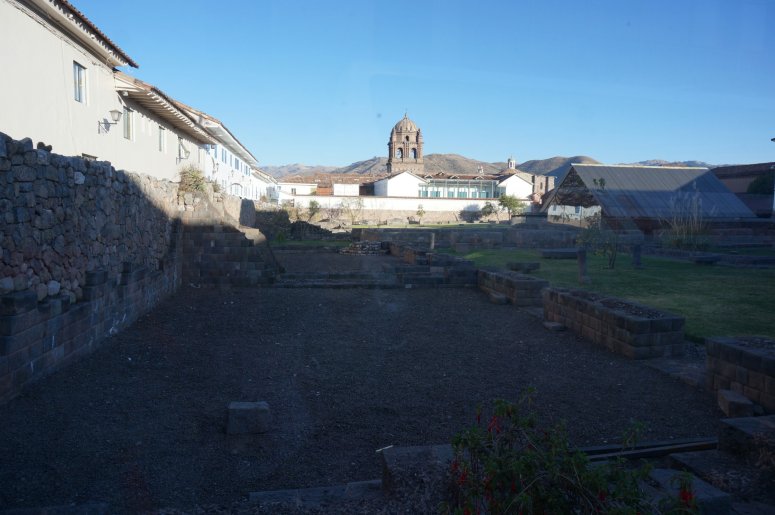 Luckily we had incredible gluten-free crepes from Qucharitas and delicious meat from Chabad to fuel us.

The main tourist draw of Cusco is it’s proximity to Machu Picchu and whilst it is possible to get there and back by train in just one day, most sadistic tourists opt to spend a few days following in the footsteps of the Inca and trek there via one of the many trails. 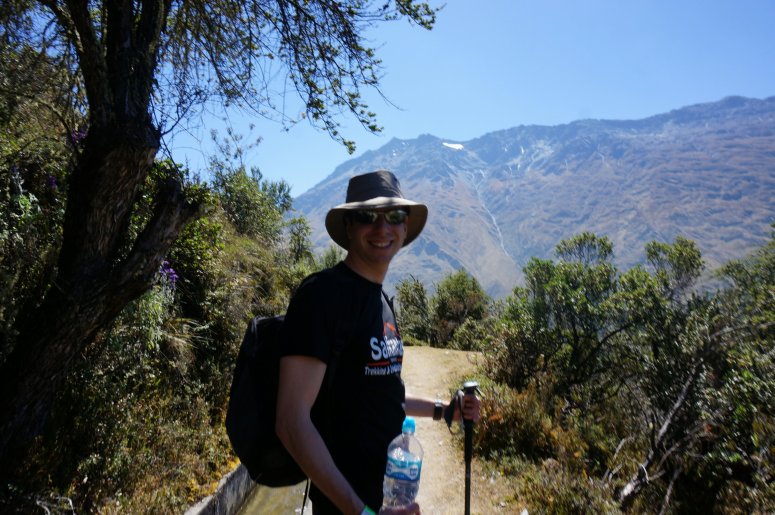 As the official Inca trail is booked up 6 months in advance, we opted for a 4-day Salkantay Trek with the aptly named and highly rated (even with a 4am pick-up time) Salkantay Trekking company. Whilst steep hiking was made even trickier by the 4,600m high altitude, the traditional remedy of chewing coca leaves, along with great food and even greater company (#teamsexyllamas) kept us going throughout. Inca smiles all round! 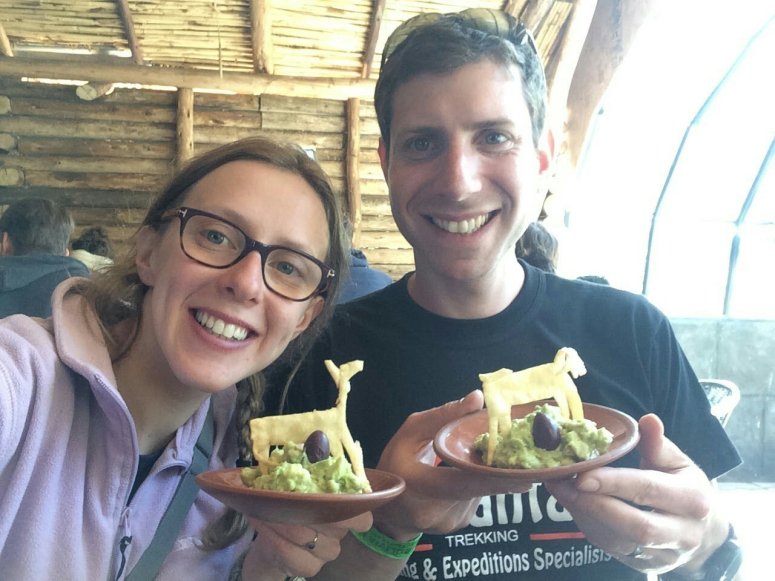 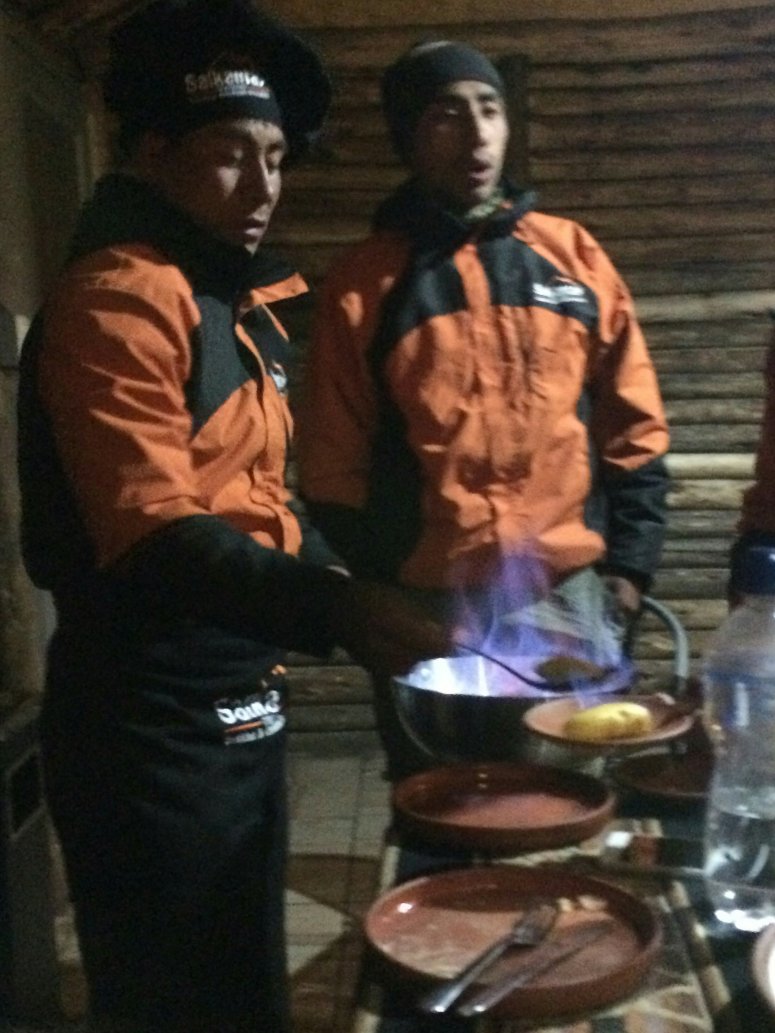 The scenery was also incredible, from the snow capped mountains of Salkantay and Humantay, to the colourful rocky valleys and the lush green dense jungle of the “cloud forest”. This of course provided a great excuse to “stop and admire the view” aka catch my breath. The most spectacular view though was of the stars on the first night when falling asleep in the less than private but picturesque glass domes of the sky lodge accommodation. 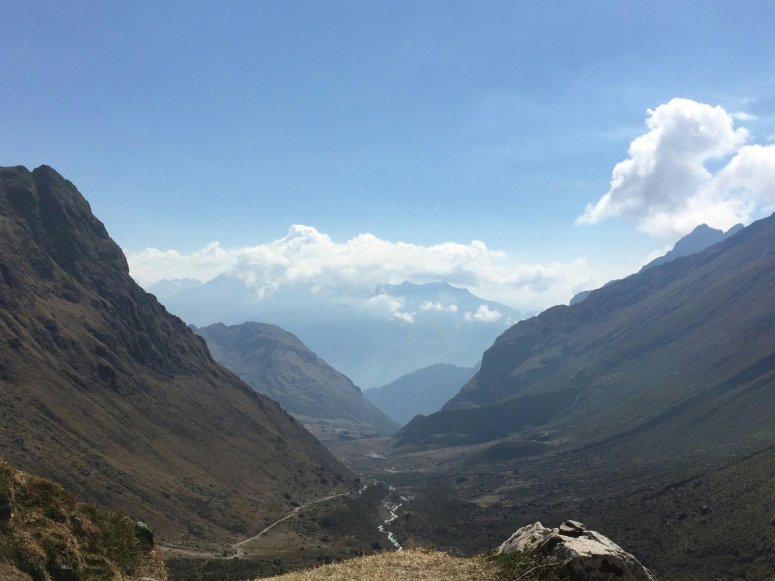 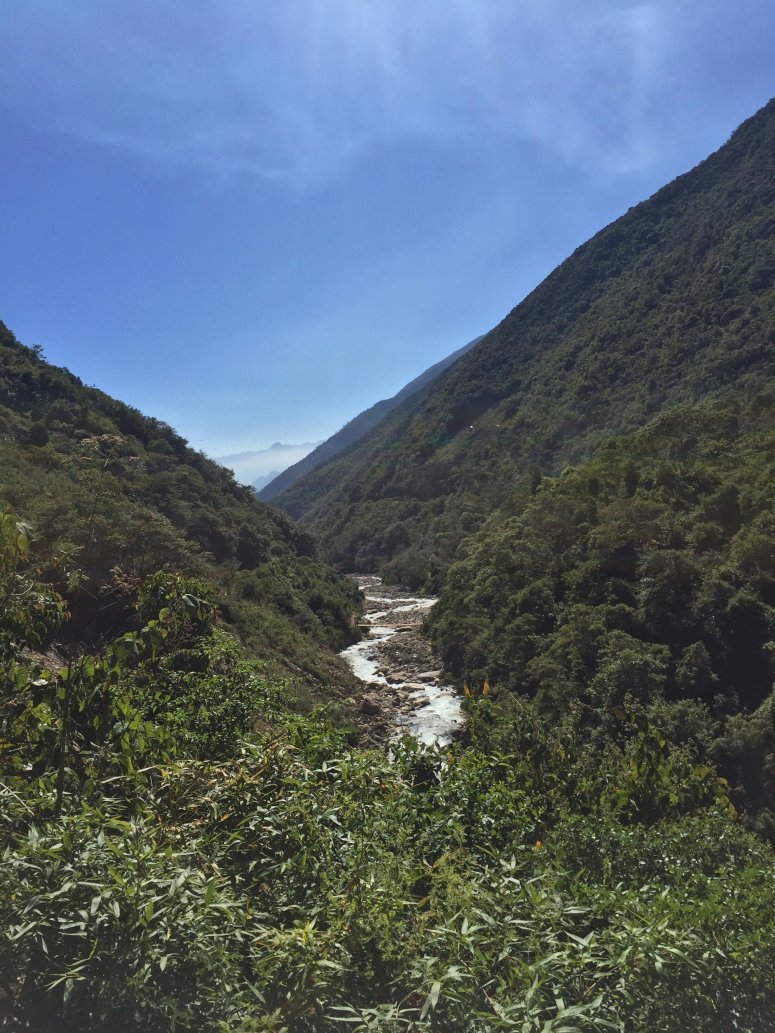 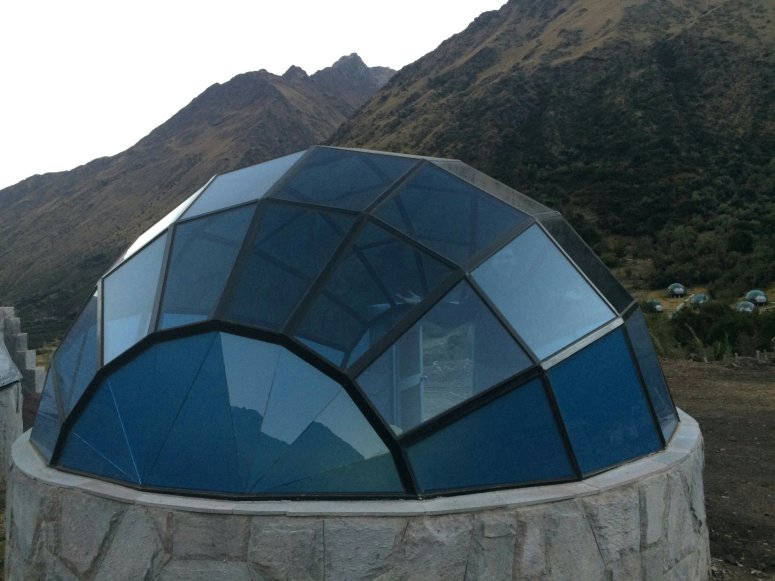 From summit to valley, the lower altitudes of the jungle made breathing a little easier, however the heat and the mosquitoes provided new challenges for us weary hikers. Luckily a brief stop at a coffee producer perked us up with some cheekily numerous free samples of coffee and cacao liquor. After finally managing to pry ourselves away from the intensely intoxicating aroma of grinding coffee, and all caffeinated up, we had time for one last chivalrous carrying of bags (#herohubby&machomatt) whilst munching on sweet and fragrant local grenadillo fruits. 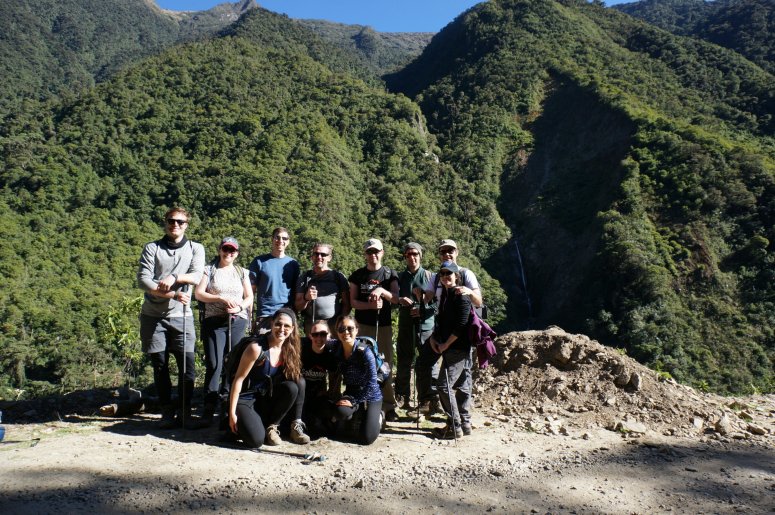 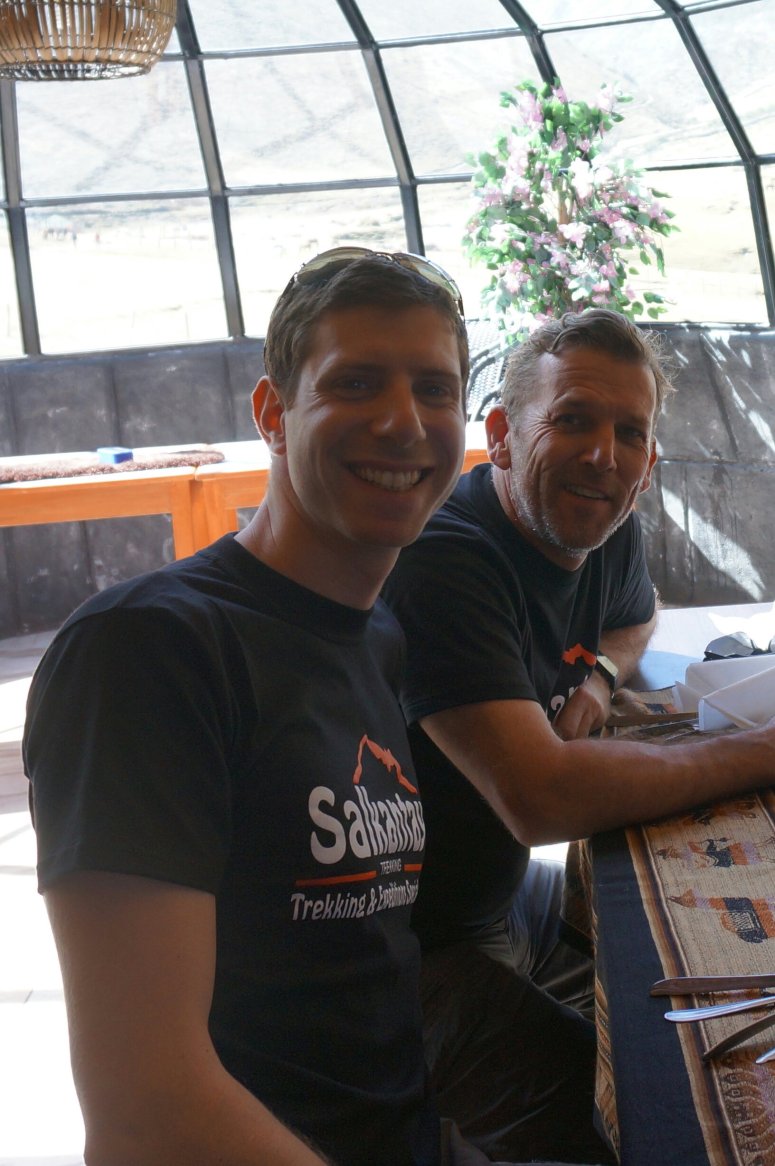 Liv even managed to get a quick yoga session in whilst I kept an eye out for local wildlife. 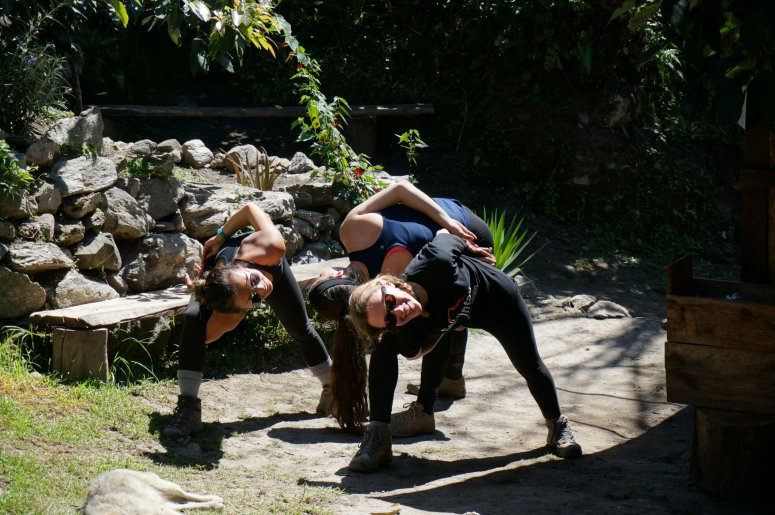 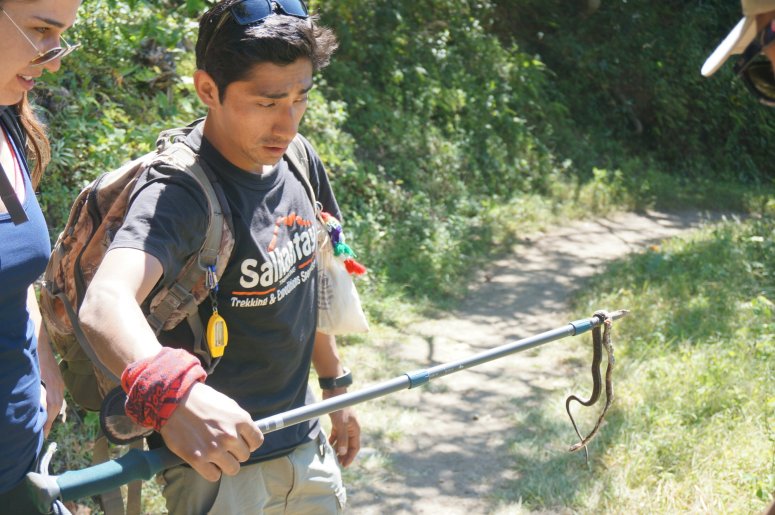 After a tough few days, we arrived into the town of Aguas Calientes (literally meaning hot water) for an ironically cold shower and a few hours sleep before our 3am Machu Picchu ascent.

Alas, our guide suffering from shock at getting his first “good” rather than “excellent” review (mostly down to how awkward he made our group feel about mandated tipping), overslept and turned up an hour after the “beat the queues” time. With a gigantic line of tourists waiting to get the pricey coach, we split from the rest of our group and set off by foot where 20 minutes later we arrived (to our despair) at an only marginally smaller walking queue.

Thanks to the guide’s impressive trickery worthy of an episode of Hustle, we were whisked to the front and began climbing the 1500 Remi sized steps still in complete darkness. 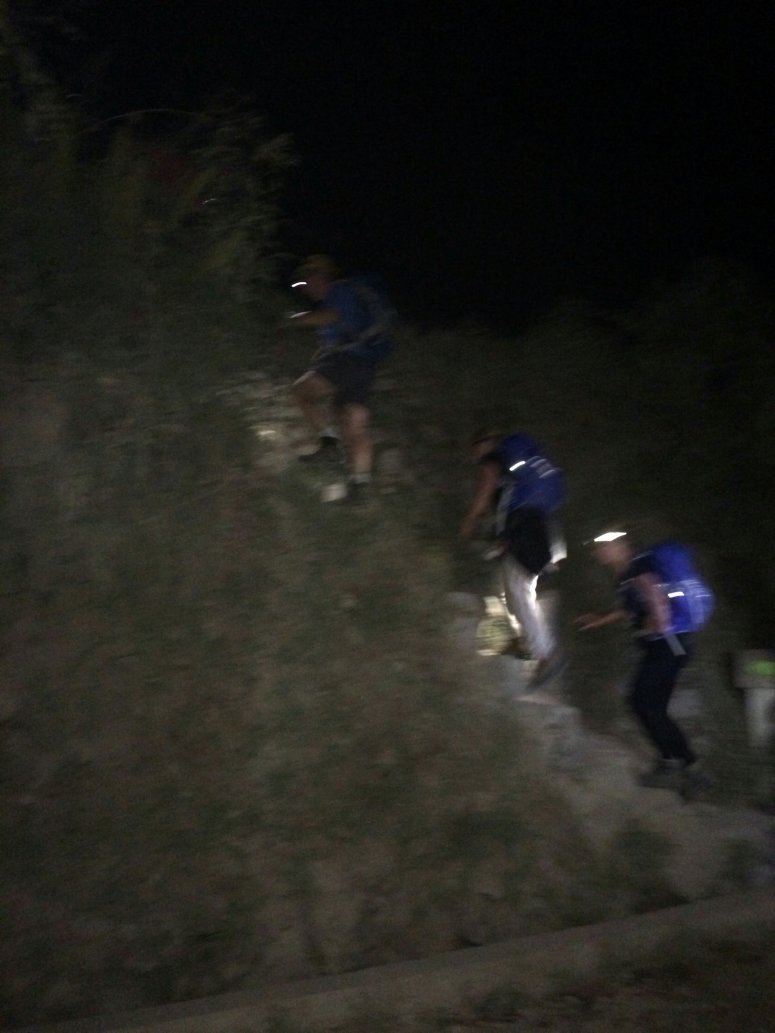 39 minutes later we emerged at the top feeling accomplished but mostly relieved. With the rest of our group yet to arrive (literal slow coaches), we entered the site and had our first views of the sun rising over the astonishing Machu Picchu. 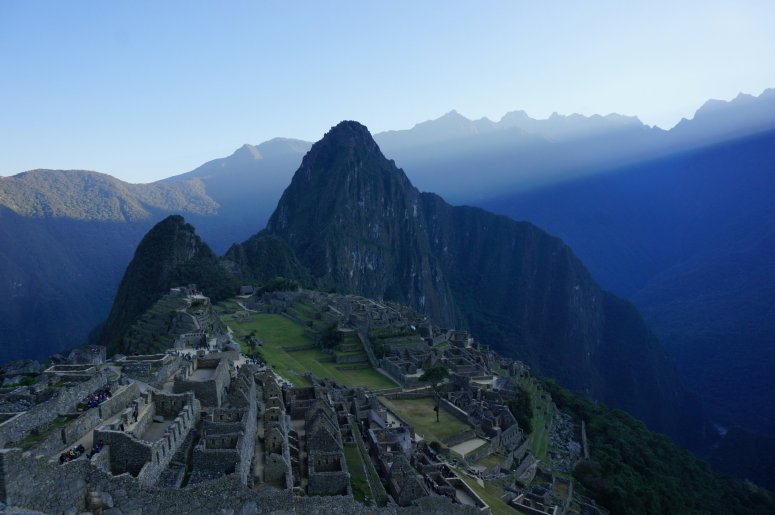 An hour later (and with a now very grumpy guide), we began our tour of the Condor City. From an Inca compass rock shaped like the southern cross (a star constellation), to the water channels, numerous temples and stepped sides, it really was an impressive site to see. 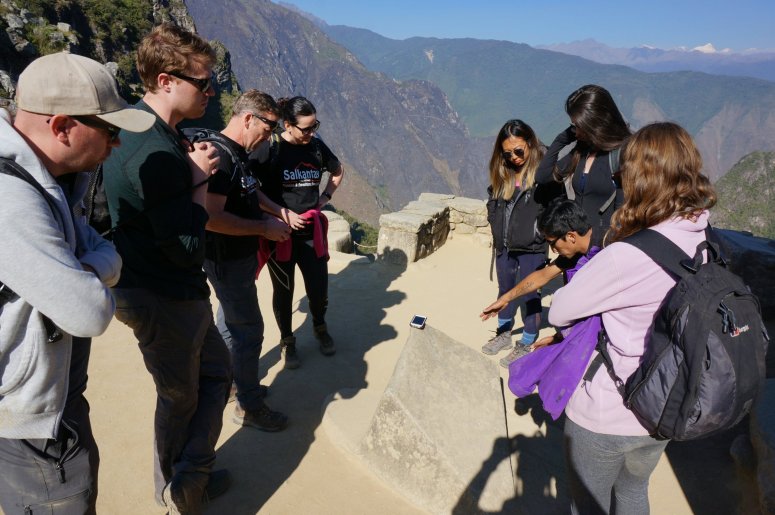 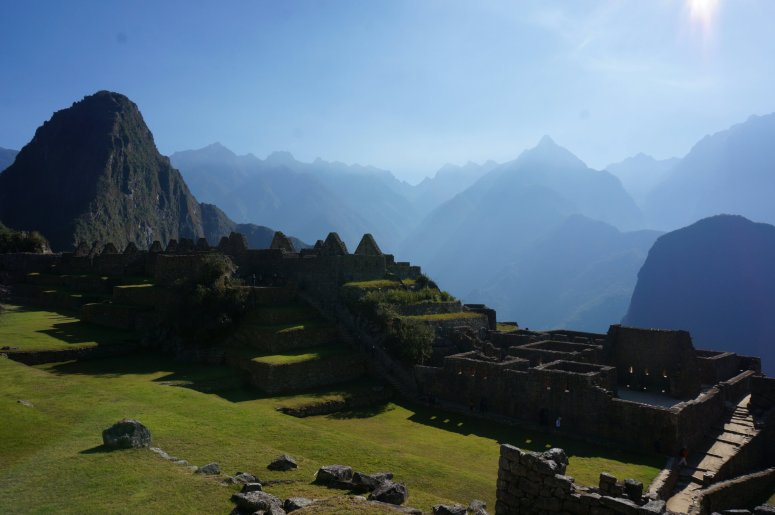 When booking our tour, I for some reason thought that after hiking for numerous days, climbing the steps to Machu Picchu and walking around for hours, it would be a good idea to also tackle the Machu Picchu Mountain. With Liv’s back having had enough, we successfully managed to sell her ticket to a passer by who turned out to be an Israeli mountain hiking extraordinaire called Amir. Ruud (fellow Salkantay trekker), Amir and I then set off on the 1.5 hour roastingly hot and very steep climb (652m elevation gain) to the summit. Whilst the views from the top were spectacular, this was one hike I definitely could have done without! 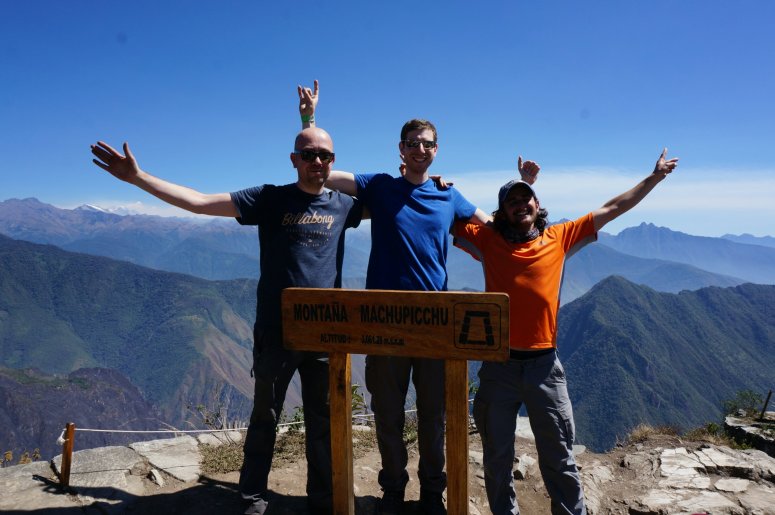 Liv (being wiser than me) made the better call hiking to the Sun Gate which was free, much gentler and also offered great views of Machu Picchu. 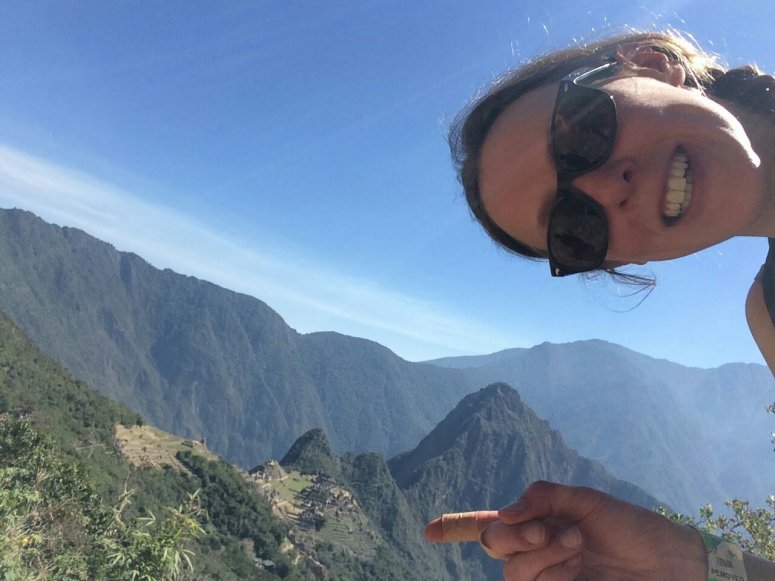 After an amazing but gruelling four days, we descended the steps of Machu Picchu and returned to Aguas Calientes where thankfully it finally lived up to it’s name with an extremely welcome hot shower. All scrubbed up, we returned back on the fanciest of  trains, complete with a full dinner service and amusingly a fashion/cultural show. 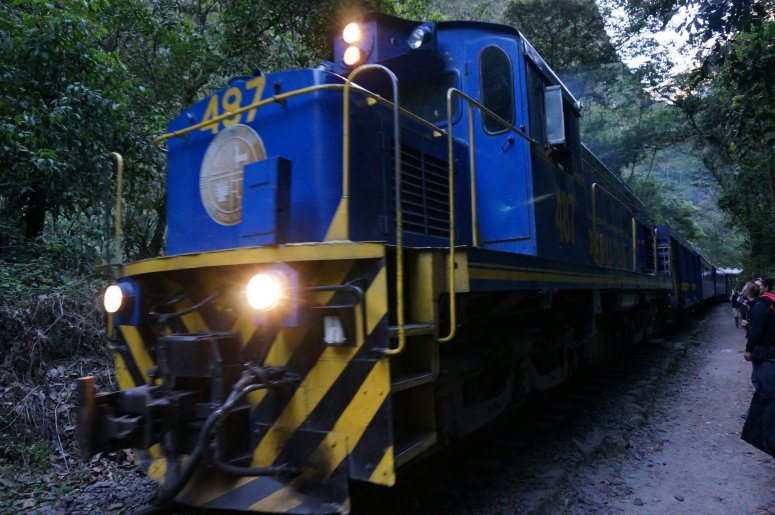 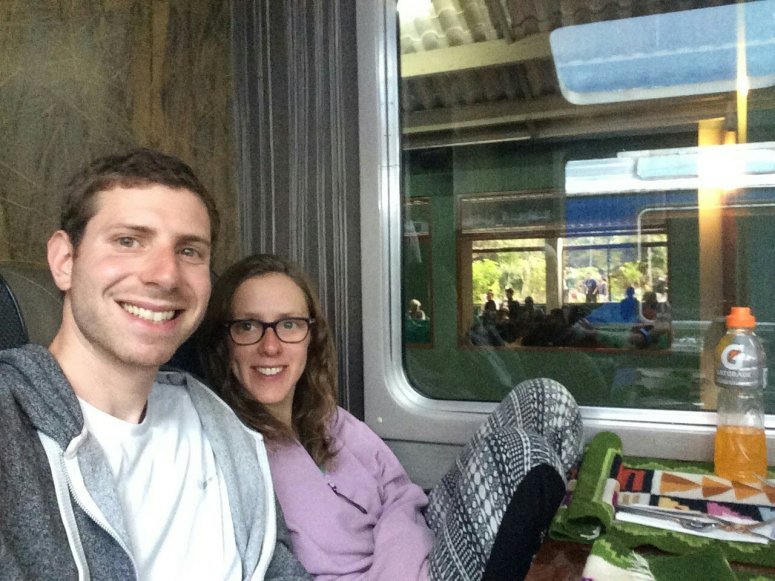 Back in Cusco and after binging out on excessive amounts of meat from Chabad, we once again headed out at 3am for a Winicunca (aka Rainbow mountain) hike. With multi-coloured layers of rock due to the oxidation of different minerals (#science), the climb (1km elevation gain) up to the summit was beautiful but tough, especially considering the 5km high altitude.

Having hiked all that we could, we treated ourselves to a relaxing day of food, more food, massages and a somewhat less relaxing overnight bus to Arequipa. Wanting to make the most of our time, we jumped straight on a 2-day tour of the Colca Canyon. The views from the different miradors (viewpoints) of the stepped hills, deep canyon and soaring condors were beautiful and validated us shlepping round a long zoom lense. The thermal pools in Chivay were also nice and soothing on our sore muscles although a little on the toasty side.

After an achingly active 2 weeks, we returned to Arequipa to treat ourselves to some relaxation and fine dining before, in the words of the M People song, movin’ on up the Peruvian coast and exploring the Amazonian jungle. More on that in the next post…